How does the COVIDAlert Contact Tracing app work and why should you install it?

How does the COVIDAlert Contact Tracing app work and why should you install it?

And we're live! The new COVID-19 tracking app for Malta, COVID Alert, can be downloaded from https://play.google.com/store/apps/details?id=mt.gov.dp3t for Android users and https://apps.apple.com/us/app/id1513522951

A mobile contact tracing app can track who each user has been in proximity to and can then alert all affected users when one of them confirms positive for infection.

Several countries have already deployed contact tracing apps, most of which are based on the DP-3T decentralised, privacy-preserving model.

Germany's Corona-Warn-App was rolled out nationwide in June 2020 and was installed by around 16 million people. Iceland achieved the second largest penetration of any virus-tracking app, with 38% of its 364,000 inhabitants installing it. However this figure is dwarfed by the 91% penetration of the contact tracing app in Qatar, which requires citizens and residents to mandatorily install and activate the mobile app on their smartphones when leaving the house for any reason.

Smartphone-based contact tracing apps come in two flavours. In both cases, the phones broadcast transient pseudonyms (anonymised unique identifiers), which other phones can record via Bluetooth.

But process diverges once a person is diagnosed with COVID-19.

Decentralised apps retain the list of unique identifiers collected when the phone has made contact with another phone running the app, whilst centralised apps store that list on a central server.

With the decentralised approach, when Person A and Person B come into close contact, their phones exchange a key code using Bluetooth. Now let’s assume Person A develops symptoms, gets tested and results positive to COVID-19.

At that stage, the Health Authority provides a code to the user that tested positive for COVID-19 (Person A) which allows them to upload the history of the anonymous key codes collected by their phone to a central server. No location or other identifiable data is retained or shared.

Person B’s phone regularly downloads the list of ‘infected’ codes which are made available by the central server and compares them with the list of keys received during encounters. If an ‘infected’ match is found, then the user is alerted of the encounter and requested to be tested.

Malta has opted for this decentralised approach based on the DP-3T model. The COVIDAlert project (www.covidalert.gov.mt) is currently in the final testing phase.

Privacy concerns presented a major challenge and Malta adopted the most privacy-conscious standard for contact tracing apps. The DP-3T protocol is currently set to only record proximity between individuals who have already downloaded the app.

Why should I install the COVID Alert Malta app?

According to Oxford University researchers, at least 60% of a country’s population would have to download a tracing app in order for it to be effective. They are characterised by strong network effects, meaning that their value to any user depends on how many other people download the app and use it regularly. If only a small proportion of people a user comes in contact with are using the app, the app is not effective.

Considering this, it is certainly in everyone’s interest to install and make good use of this contact tracing technology in order to live life to the full whilst staying safe and protecting others. 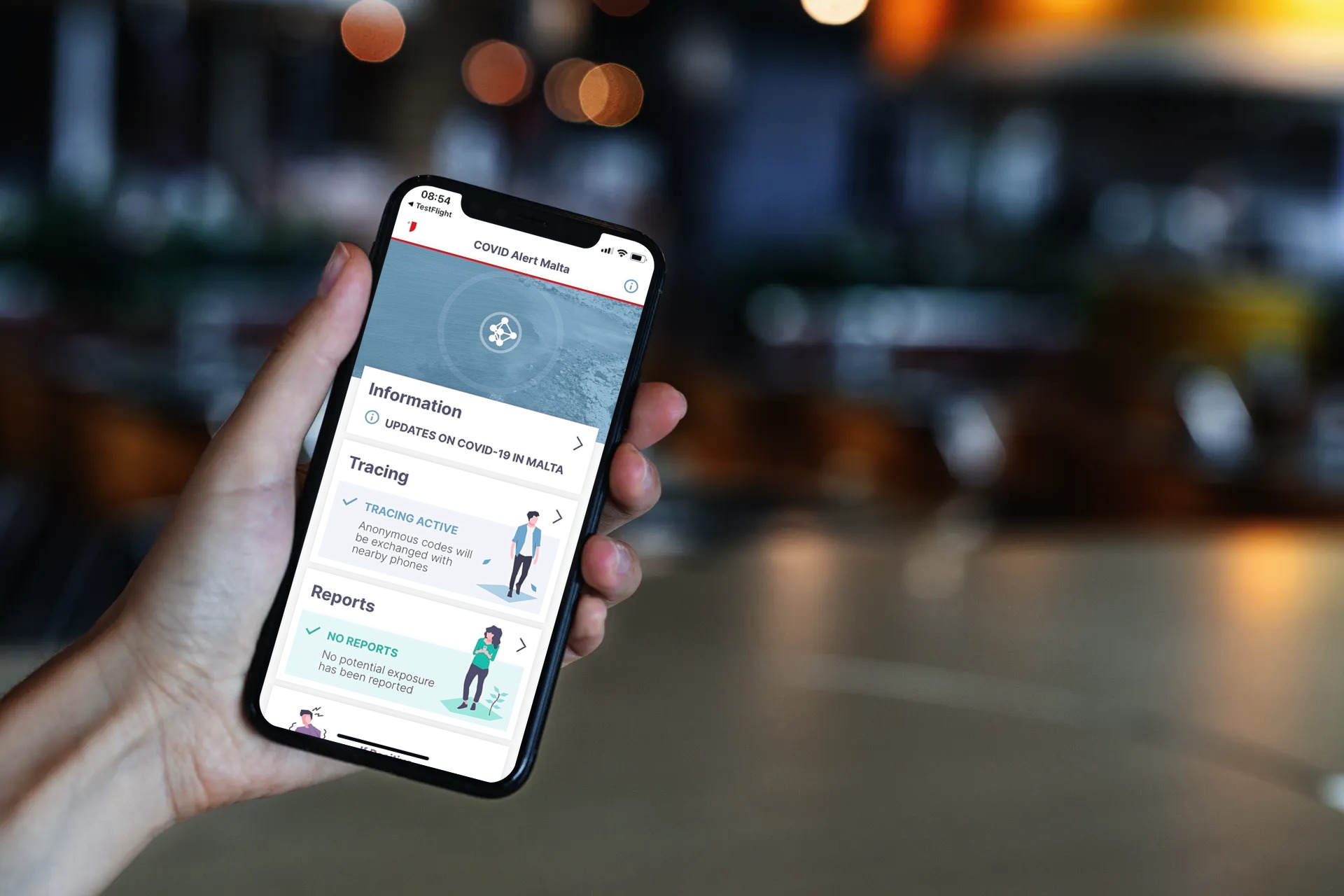